It has been nine years since Chelsea failed to win on the opening day of the season, but that streak is now over after Andre Villas-Boas’ men could only draw against Stoke. Villas-Boas started with Fernando Torres ahead of Didier Drogba, and it proved to be a great decision, as Torres seemed back to his best, although he did not score. 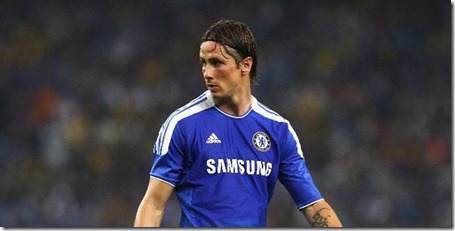 Supported by wide players Florent Malouda and Salomon Kalou, Fernando Torres was the only bright aspect in a dire first half. Of course, there is only so much that one man can do. It was proved by the fact that we had not come close to testing Begovic in the Stoke City goal.

There was a lot of movement and one touch passing football from the players, but it led them nowhere.

However, the team improved vastly in the second half and continued to dominate both possession and chances. Mikel pushed forward rather than just sitting in midfield and it was the difference after the restart.

Anelka came on to see his effort come back off the bar, but most of the disappointment came from the referee and the Stoke players. For once, I agree when Arsene Wenger says about the playing style and attitude of Stoke City, as it is just appalling. For me, there is no difference between the teams managed by Sam Allardyce and Tony Pulis – they are just utter rubbish.

Chelsea were denied a clear-cut penalty on three occasions. Drogba came on, but had limited effect on the match.

Chelsea had 11 shots on target and 9 shots off target. They alone demonstrate that only one side wanted to win the game and they were playing in blue.

This may be two dropped two points, but considering the situations and the fact that the Britannia Stadium is a very difficult place to visit, one can take a lot of positives from the game.

One of the most important among them is Fernando Torres, who looks fitter, sharper, and hungrier than ever.

Man of the Match: Fernando Torres