It may be only five games into the season, but Chelsea and Manchester United playing each other always brings a lot of tension and excitement. Manchester United have made a great start to the season, and unsurprisingly, Chelsea are the underdogs heading into the match. As the youngest manager in the division, Andre Villas-Boas, 33, will be taking on Sir Alex Ferguson, 69, the oldest manager in the Premier League. 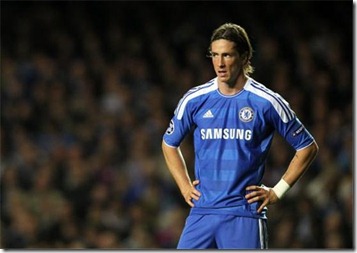 Man Utd have scored an astonishing 18 goals in the four matches that they have played. An interesting statistics reveal that no team has managed to win the league after making such a promising start to the season. In fact, we experienced a similar start last season, only to win nothing in the end. Chelsea, on the other hand, have made a steady start to the season, with the best performances coming in the last two matches against Sunderland and Bayer Leverkusen.

Villas-Boas brought about a noticeable change in the tactics, which involves getting at least three players in the box when playing in the final third of the pitch. This has been a major weak link in the last few seasons, with the lack of options in the box ending an attack abruptly. It is something that Manchester United do rather well, and I certainly admire them for doing so.

Wayne Rooney is clearly the danger man, but Chelsea do not have any such player on sparkling form, although there could be a case for new signing Juan Mata. Torres looked alright against Bayer Leverkusen, and Chelsea certainly need a big performance out of him. It is also vital for him if he is to prolong his Chelsea career, with rumours already speculating that he could either be sold or swapped for Alexandre Pato in January.

Didier Drogba has been ruled out, which puts the onus on either Nicolas Anelka or Fernando Torres. The most interesting position, though, has to be defensive midfielder. Does AVB go for Mikel with his inability to contribute in attack, but better in terms of defence, or does he go for Raul Meireles who is the vice versa.