One of the major questions ahead of the Champions League group match against Valencia is whether the two consecutive matches played with only 10 men will affect the team or not? Chelsea had a man sent off in both of the matches against Fulham and Swansea. 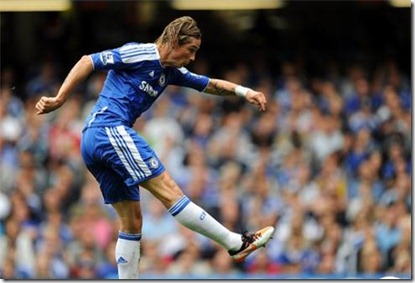 It should in theory not be too much of a problem because the teams that played against Fulham and Swansea were extremely different. Further, Torres played only 40 min on Saturday, and he is more likely to start against Valencia given that he will be unavailable for selection for the next three Premier League matches.

Playing Valencia in the Champions League is certainly not new to Chelsea, as we have been there in recent seasons. However, this will be a totally different Valencia team. The team we last played in 2007 was reeling under heavy financial crisis, but the current team was top of the Spanish la Liga only a fortnight ago. The draw with Barcelona and defeat to Sevilla may look poor on paper, but make no mistake about it, Valencia were extremely unlucky to lose both matches.

Chelsea, though, seem to be coming to the level we have anticipated when Villas-Boas took over, although slowly. The 4-1 win over Swansea may not be the most inspiring result in the world, but it was one that proved that the players are capable of dominating a match even with 10 men. Valencia could only draw their opening match against Genk, which will put us in an advantageous position should we get some kind of a result at the Mestalla.

Chelsea achieved the all-important home win over Bayer Leverkusen, but it will become an advantage only if we get some kind of a result.

A lot has been spoken in the British tabloids about the future of Frank Lampard. Villas-Boas said after the Swansea game that it will not be long before Lampard returns to the starting line-up. The Valencia match could well be that and Frank will be looking to show why he has been regarded as one of the important players for Chelsea over the last seven years or so.

My prediction: Chelsea to draw 1-1