Can Villas-Boas Survive The Sack?

in News, Opinions November 22, 2011 Comments Off on Can Villas-Boas Survive The Sack?

After the defeat to Liverpool, the honeymoon period for Andre Villas-Boas seems to be well and truly over. For AVB, it is now the period where plenty of questions will be asked of his tactical and managerial ability. 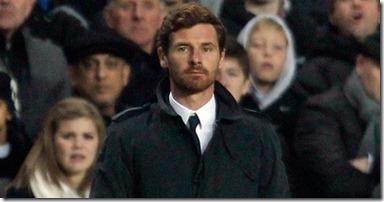 Each manager has their positives and negatives. However, I am yet to fully see the best of Villas-Boas – except for in the QPR match when Chelsea dominated with 9 men. Apart from that, Chelsea haven’t been brilliant in any match so far. We have looked good only when the opponents have been catastrophically weak – take the case of Bolton and Genk.

One my biggest disappointment with him came this week when he appeared to suggest that Abramovich would not sack as he had paid £13 million to acquire AVB and it would cost another sack load for sacking him. I don’t know Abramovich personally, but even I can tell that this amount of money is insignificant for a man. It is ludicrous to suggest that Abramovich would be content without any improvement just for the sake of about £20 million.

It has become customary for Chelsea to struggle in the autumn just as Arsenal do near the end of the season. It has always been due to the occurrence of a scandal involving a high-profile player or an injury crisis. Even though there has been the Terry’s racism issue this time around, it seems to be of significance only for visiting fans.

People may argue that AVB should be given more time – I have been part of that bandwagon for managers myself in the past. However, this time, the situation is more critical. It would be harsh to suggest that AVB is totally out of his depth, but it has appeared that way many times this season. He has also been very arrogant with his attitude. It reminds me of Rafa Benitez sometimes. He and we all know that the defensive highline is not at all

working; what should he do? Change it. He hasn’t been doing that.

It was quite apparent in the first half of the Liverpool match that Mikel is NOT a first team player. Get him out of the team for God’s sake. I would be satisfied even with Raul Meireles, although Josh McEachran would be preferable.

Hiddink’s availability – is the script written by a God? – also makes it extremely unlikely that AVB will carry on beyond January if results don’t improve.

One of the best decisions AVB has made during his short Chelsea career is to give proper chance to Daniel Sturridge. I just hope that he is here for a long time to make more such impacts.

Bharath Ram is a professional blogger and a freelance writer. An ardent Chelsea fan, Bharath Ram also writes for other sites like the Daily Sports Mag