Infographic: October Team of the Month 2013

in Miscellaneous November 22, 2013 Comments Off on Infographic: October Team of the Month 2013 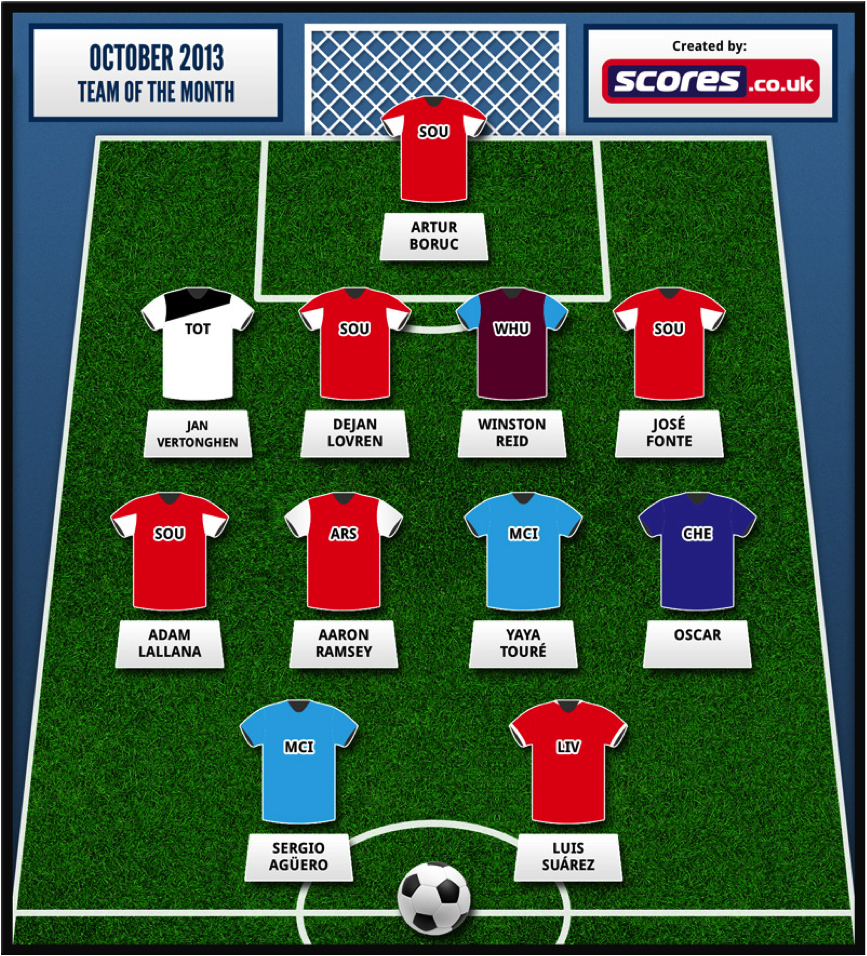 One of our partners – scores.co.uk – have come up with an infographic showing the ‘October Team of the Month’. Oscar is the only Chelsea player to feature in this line-up, which is dominated by Southampton and Manchester City players.

Chelsea are in a great position to take an advantage in the title race largely because of a great October wherein we won all the matches. This includes Premier league encounters against Manchester City and League Cup matches against Arsenal. The team featured here is an extremely strong team without doubt, but there should at least be two or three Chelsea players included here.

Branislav Ivanovic has been spectacular since the start of the season. He would easily get into the team of the month for every month since August. Fernando Torres has finally been showing signs of form and he scored crucial goals (not to mention the one against City), but perhaps Aguero and Suarez have done enough to warrant their inclusion. John Terry has been playing like he did five years ago and he has been a major reason towards our fine defensive record.

This team would become even better with such changes.