It is easy to see after just one game that Eden Hazard is a special player indeed. However, strangely, the Manchester United manager Sir Alex Ferguson does not believe he is worth £ 32 million. Of course, Eden Hazard did not cost Chelsea only £ 32 million. Reports suggest that Eden Hazard’s agent might get up to £ 6 million, while the player himself will be one of the highest-paid players in the world because of his £ 150,000 per week contract. Still, to expect a top quality player to come to a club for less than this would be absurd. Of course, Sir Alex Ferguson knows all about getting value for money in the transfer window. Yes, he has had success in the form of bargain signings like Nemanja Vidic and Patrice Evra, but the state of Dimitar Berbatov is one of the best examples to show that Ferguson is not the God of the transfer window. Where did the ‘value for money’ go when signing a 28-year-old Bulgarian for £ 31 million, Fergie?

Remember, Berbatov is on the market for just around £ 5 million!

“I see some values on players, like Hazard for instance. To me it was a lot of money. He is a good player, but £34m? There is a borderline in terms of what you would think is a good signing for United”

Hazard, meanwhile, is only 21 years of age and has a lot to offer to the Chelsea team. He is a player who is not being signed on the basis that he will sell more shirts, but on the basis that he will add real value to the team that largely relied upon Juan Mata to produce the creative spark last season. Therefore, to suggest that signing Hazard did not make any sense in terms of the value is absurd. Further, there is a suggestion that Hazard could be in the running for the Player of the Year award.

“It’s all about what you think is value for a player. I am not envious of those deals at all. We placed a value on Hazard which was well below what they were talking about.”

And, by the way, we know why Manchester United did not complete the signing of Eden Hazard and went for the Borussia Dortmund midfielder Shinji Kagawa instead. Despite going on record saying that he has no problems with the owners, we know that Ferguson is living on Championship kind of transfer pot for the past couple of years. This year has been no different.

So, instead of criticising the value of Eden Hazard, why don’t you go and criticise your owners Fergie? 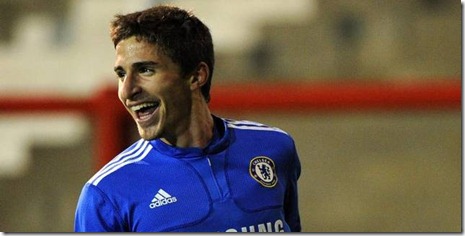