in Transfer News April 23, 2013 Comments Off on Chelsea no closer to signing Andre Schurrle

As the season approaches a climax, Chelsea are already preparing for strengthening the squad in the summer. According to the latest Chelsea transfer news, the club were involved in advanced negotiations with Bayern Leverkusen for the transfer of Andre Schurrle. This 22-year-old German international is regarded as one of the best young prospects across Europe. He has the ability to play almost anywhere across the front three.

Officials from Bayern Leverkusen arrived in London a few days ago to hold talks with Chelsea. It was rumoured then that the deal would be completed in a few days. However, Bayer Leverkusen general manager Wolfgang Holzhauser has revealed that the clubs still remain a long way apart when it comes to the details.

“We are still quite a long way apart in terms of certain details. There are always two options: either Andre stays here or he leaves. Andre is, alongside Mario Gotze, one of the best young players in Germany. Last year, we had an enquiry, but it came very late. This time, it is still relatively early, which is good,” said Holzhauser to Sky Sports.

Mario Gotze’s move to Bayern Munich is now confirmed. There is a possibility that clubs like Arsenal and Manchester City, who were interested in Gotze, could turn their attention to Schurrle.

Schurrle is at his best when playing on the left-wing so that he can cut into his right foot. However, is he the kind of player Chelsea need right now? Eden Hazard, Juan Mata, Oscar, and Victor Moses are the competition for Schurrle at Chelsea if he does come. Considering the injuries and number of games Chelsea have over the course of a season, it certainly helps to have another quality player.

His versatility of being able to play as a striker may also come in handy.

Chelsea may throw all the money at him, but his arrival will probably depend on Chelsea finishing in the top four this season. 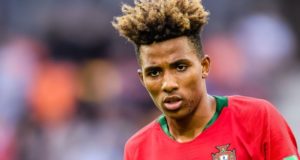