Chelsea have an incredible 27 players on loan at various clubs across Europe. At this rate, we will be able to donate AN ENTIRE SQUAD to another club if we wish. The blues have been accumulating young talent at such an exorbitant rate, but John Terry still remains the proper first-team player to come from the academy. It has been maintained that Chelsea were buying such talent in order to boost to the academy and also avoid ending up paying huge transfer fees to established names. Jose Mourinho, though, has come out and stated that Chelsea’s intention behind by such young players is to comply with Financial Fair Play (FFP) regulations. According to the club’s official site, he said:

Chelsea made great investments in the past and in some moments we were criticised because we did so much, but things change and we’ve adapted to those conditions.

With, for example, a player like Kevin De Bruyne, who played three or four games, we made a fantastic profit. There are other players that belong to Chelsea who maybe won’t play one single match for us, so we’ll sell them.”

We had to organise ourselves in a different way. It wasn’t me, it was before me, but the club were doing fantastic work in this area; Lukaku, De Bruyne, Courtois, Thorgan Hazard, Piazon.

Lots of young players, not all of them will have a career at Chelsea but all of them are important in this new financial situation. Chelsea worked very well and probably started doing it before other clubs.

This is a full list of the Chelsea players currently on loan, and it is quite exhaustive:

Of course, Chelsea did indeed make a healthy profit on Kevin De Bruyne, but such good news has been far and few between. De Bruyne was signed for around £7 million, and he was sold for £18 million (rising to £20 million depending on performances).

The loan players brought to Chelsea at around a similar price are Marko Marin (£7m), Thibaut Courtois (£9m), Romelu Lukaku (£18m), Victor Moses (£9m), and Oriol Romeu (£4m). Amongst the entire lot of loan players, only Courtois and Lukaku stand to bring Chelsea a huge profit.

Meanwhile, Nemanja Matic has effectively cost Chelsea close to £25 million (the initial loss from the sale and the buyback cost combined). Would he have been better off with opportunities at Chelsea rather than going out on loan? Surely, the club would have noticed his talent better if he was not playing on loan at a XYZ club in Europe. Courtois maybe sold without having played a game for Chelsea

It is difficult to criticise Chelsea either. After all, the players are willing to come, although in hope that they can make it big with an opportunity at a big club. The club are also finding it difficult to compete with a 40,000+ stadium capacity. Until a brand-new 60,000+ stadium becomes our home, the club will have to look at other areas for additional revenue.

The loan system and the lives of several young hopefuls appear to be the solution, for now. 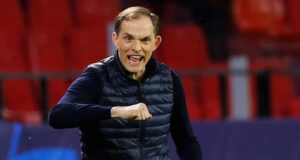