John Terry has been ruled out of tomorrow’s FA Cup clash with Manchester City, while Gary Cahill remains a major doubt due to a calf injury. Terry has missed the last two matches, but Jose Mourinho said prior to the West Brom match that he expected our captain to return for this match.

Cahill suffered an injury in the final few minutes of the West Brom encounter. He is expected to have a scan, but the likelihood is that he will miss the match as well.

Mourinho reports that John Terry is not fit to play tomorrow. He thinks Cahill won’t be fit due to calf injury. He will have a scan. #CFC

This is likely to bring about a major defensive organisation. Branislav Ivanovic will head back into central defence, while Cesar Azpilicueta will return to right back. This may mean a recall for Ashley Cole, who has not featured since the 1-0 FA Cup win over Stoke City in the previous round.

David Luiz, who was at fault in Victor Anichebe’s equaliser, will continue at central defence.

Mourinho has also confirmed that he will not rest players or park the bus looking to bring the game back to Stamford Bridge. We will be going there looking for a win, which will be our third against City this campaign. 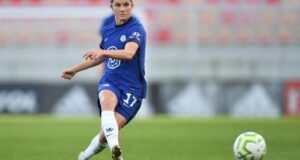