Chelsea boss Jose Mourinho has spoken about Chelsea’s title chances for the upcoming Premier League campaign. Speaking at the press conference for the Burnley vs Chelsea match, Mourinho said that new signings like Diego Costa and Cesc Fabregas have given the team a new dimension. However, he refused to say with supreme confidence, as he did in his first spell, that Chelsea would win the title. 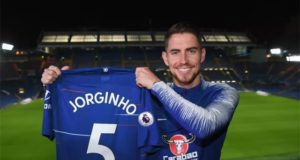