in Miscellaneous August 19, 2016 Comments Off on What’s Paul Pogba Worth?

Following the new Premier League TV deal worth £5.1 billion over three seasons, England’s 20 top flight clubs have been busy in the transfer market so far this season.

We’ve splashed out a (bargain) £32 million on Premier League champion N’Golo Kanté and a further £33 million on Michy Batshuayi from Marseille.

Don’t be surprised if Antonio Conte brings in more players before the end of the window, there’s certainly plenty of cash to throw around if he believes the squad needs upgrading.

Discount Supplements have put together the below graphic showing the Premier League’s most expensive XI, which includes our £50 million waste on Fernando Torres, and former-Blue Glen Johnson.

Or if you head over to Discount Supplements’ website to purchase protein online, Manchester United could have made themselves a staggering 168,490,566 protein shakes for their team to bulk up the likes of Morgan Schneiderlin and Michael Carrick in their midfield!

Personally, those 14 Caribbean Islands sound a lot more attractive than what Manchester United splashed their cash on but I can’t deny that Paul Pogba certainly makes them stronger Premier League title contenders now. 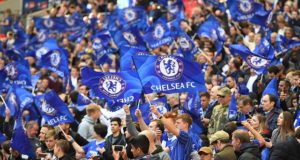