in Opinions, Transfer News May 13, 2019 Comments Off on Chelsea Fans Still Looking for Transfer Bingo as CAS Set to Have Final Say

Chelsea remain hamstrung in their attempts to begin planning for the summer transfer window, with FIFA shooting down the Blues’ appeal against their transfer ban.

World football’s governing body handed Chelsea a ban against buying players for two transfer windows in March following the club being found guilty of breaking rules in regard to signing underage foreign players. All of this makes the summer a very interesting time at Stamford Bridge, with both ingoings and outgoings unclear as the club attempt to avoid their current sanctions.

With the summer break ahead of us, Chelsea fans may have a quiet few months coming up, although the Court of Arbitration for Sport will now have the final say on the matter. In theory, they could choose to lift the sanctions entirely, as unlikely as that may sound.

Still, for those optimistic Blues fans looking to fill the summer months, we’re proposing a game of transfer bingo. The game of bingo is iconic, with its format adapted to different types of situations, including sport. You can find a host of diverse bingo games over on Lucky Pants Bingo alongside slots and other table games, which demonstrates just how prevalent the gameplay is in today’s connected world, largely thanks to the internet making it more accessible to a wider demographic.

Today, we’re using this idea to entertain ourselves with the possibilities at Chelsea. In other words, get ready for Chelsea transfer bingo to get us all in the mood!

25 points: It’s been an interesting season for Kepa Arrizabalaga at Chelsea. Despite a public falling out with his manager, the Spaniard has shown why the Blues paid so much for him. With Real Madrid interested, the best outcome for Chelsea supporters will be the club keeping hold of the 24-year-old.

15 points: If Kepa is sold to Real, Chelsea could do worse than re-sign Thibaut Courtois. The Belgian might not have enjoyed the best season in Spain, but Courtois showed during his time at Stamford Bridge how good he can be.

5 points: Chelsea sell Kepa but rather than sign a new keeper they hand Willy Caballero the number-one jersey.

25 points: Chelsea know they need to strengthen their defence this summer, with Gary Cahill leaving the club and David Luiz past his best. We’ve all seen the influence Virgil van Dijk has had on Liverpool, and Chelsea may need to splash the cash to sign a real world-class centre back.

15 points: Following the news that Diego Godin will leave Atletico Madrid this summer, Chelsea could do a lot worse than sign the 33-year-old on a free transfer.

5 points: The club give Andreas Christensen the chance to finally establish himself as a first-team player.

25 points: While Jorginho has shown signs of his quality this season, you can’t help but feel Chelsea need more creativity in their midfield. Signing the likes of Luka Modric or Miralem Pjanic would certainly solve that issue.

15 points: Tottenham’s Danish midfielder Christian Eriksen has been linked with a move away from Spurs this summer, and Chelsea may feel he is the man to turn them into title contenders.

5 points: The return of Danny Drinkwater.

25 points: The best piece of transfer business Chelsea can do this summer will be to hang on to Eden Hazard, who has been linked with a move to Real Madrid. The Belgian has highlighted his importance to the club this season, and if Chelsea can keep the forward at Stamford Bridge it would be huge.

15 points: Goals have been a problem this season and adding goals to this side will be crucial this summer. The likes of Robert Lewandowski and Karim Benzema could be available this summer, and Chelsea should act fast if they are. 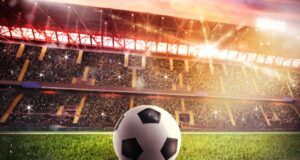