Chelsea defender Thiago Silva has hinted that he desires to remain at the West London club for another year after the Premier League club progressed to the semi-finals of the UEFA Champions League. Tuchel’s men sealed an aggregate victory over Portuguese side, Porto, on Tuesday night, despite suffering a 1-0 defeat against Sergio Conceicao’s men in Seville.

The West London side survived a stunning late overhead kick from Porto star Mehdi Taremi to triumph over the Portuguese side and confirm a spot in the UEFA Champions League last four for the first time in as many years, and online casino Canada is looking forward to their progress.

Thomas Tuchel’s men may have suffered defeat on Tuesday night’s second leg 1-0 but that result barely tells the entire story of a dull match in which the visitors had been unable to create a clear-cut chance until Mehdi Taremi’s incredible goal late in the match.

Mehdi Taremi’s spectacular goal was out of character with the remainder of FC Porto’s display on the night, and the goal came too little, too late to alter the inevitable course of this last eight.

It was only Porto’s second attempt on target as the Blues controlled proceedings, having won the first leg through goals from the England duo of Mason Mount and Ben Chilwell.

The Brazilian defender returned to the starting line-up for the west London side after missing Saturday’s victory over Crystal Palace at Selhurst Park due to suspension, thanks to the marching orders he received in the 5-2 home loss against West Brom Albion the week before.

The Porto game continues Silva’s return from a thigh problem that has seen him miss over two months of action for the Blues, and with his current contract set to run out at the end of the campaign, nothing is sure just yet about the future of the former PSG defender.

However, the Brazil international defender hinted after the crunch tie in Seville at another year at the Premier League side, stating that playing at his present level will help him to achieve a spot in Brazil’s FIFA World Cup squad for Qatar 2022.

Thiago Silva, 36, told Sky Sport, “I hope to continue like this. I want to continue to play at this level and get to the World Cup 2022.”

A new contract for the rock-solid centre-back appears as if it could be on the agenda of Chelsea boss Thomas Tuchel as well, with the former Paris Saint Germain manager commenting in March that a decision will be taken by the defender, the club, and himself.

“About his contract, it’s too early and not the surrounding now to speak about it,” Tuchel said in March after Chelsea’s 2-0 win over Atletico Madrid, which was covered with odds from best high roller online casino ahead of time.

“It’s between him and the club, and me and the club, we will take this decision together. But if you watch the celebration pictures carefully you will see how young he looks.He was running up and down the stairs, he was dressed like a 28-year-old. So I think there’s still a way to go,” he concluded. 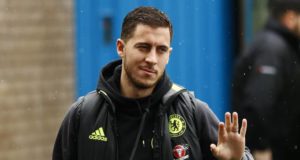